Zumpango is a municipality of roughly 500,000 residents 50 kilometers from Mexico City, what might be considered an “exurb” in the United States. Though settlements have existed in the region as far back as 200 BC, the town has recently experienced a population boom, more than doubling in size since 1990 as more Mexicans move into the area north of the capital city. But despite this rapid growth, Zumpango suffers from widespread abandonment of newly constructed and sold homes. 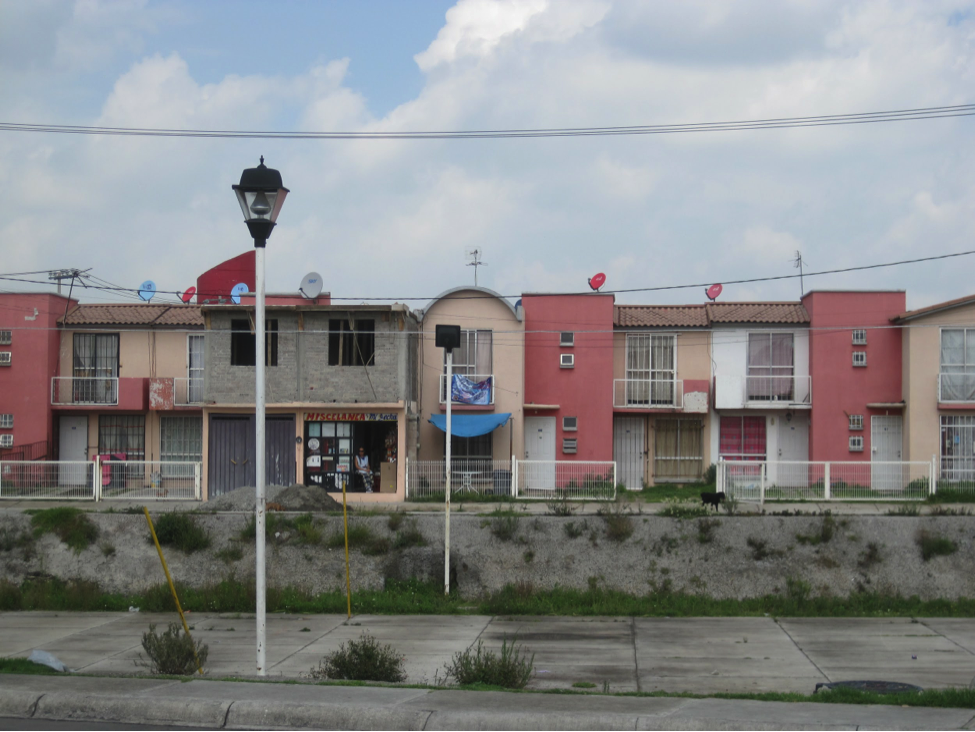 Earlier this month, a Data Science for Social Good team toured Zumpango with their partners at Infonavit, Mexico’s housing institution which finances mortgages for Mexican workers. In Paseos de San Juan — a colonia, or neighborhood, of this town — they looked at recently built but abandoned homes stripped of kitchen and lighting fixtures, and other homes with large stickers indicating that the property was under a foreclosure process. Though the quality of the home construction appeared solid, the infrastructure of the surrounding town, such as security stations and street market venues was damaged, incomplete or unused. 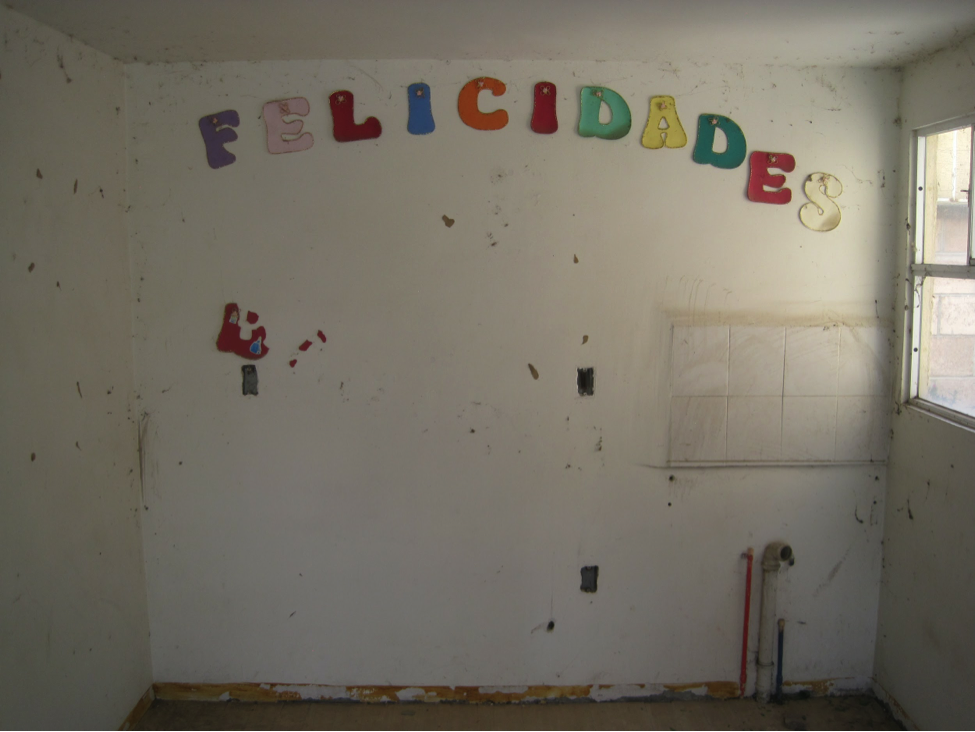 Zumpango is an extreme case, but it is symbolic of a broader concern for Infonavit: home abandonment in Mexico. The organization estimates that there are currently more than 200,000 abandoned homes in Mexico, which should provide shelter for roughly 1 million people in the country. This is one of the reasons that motivated the current government in 2013 to launch a National Urban and Housing Policy, an effort to build a sound and sustainable urban model that establishes housing policy as a means not only to offer new homes to citizens, but also to develop thriving communities and competitive cities. 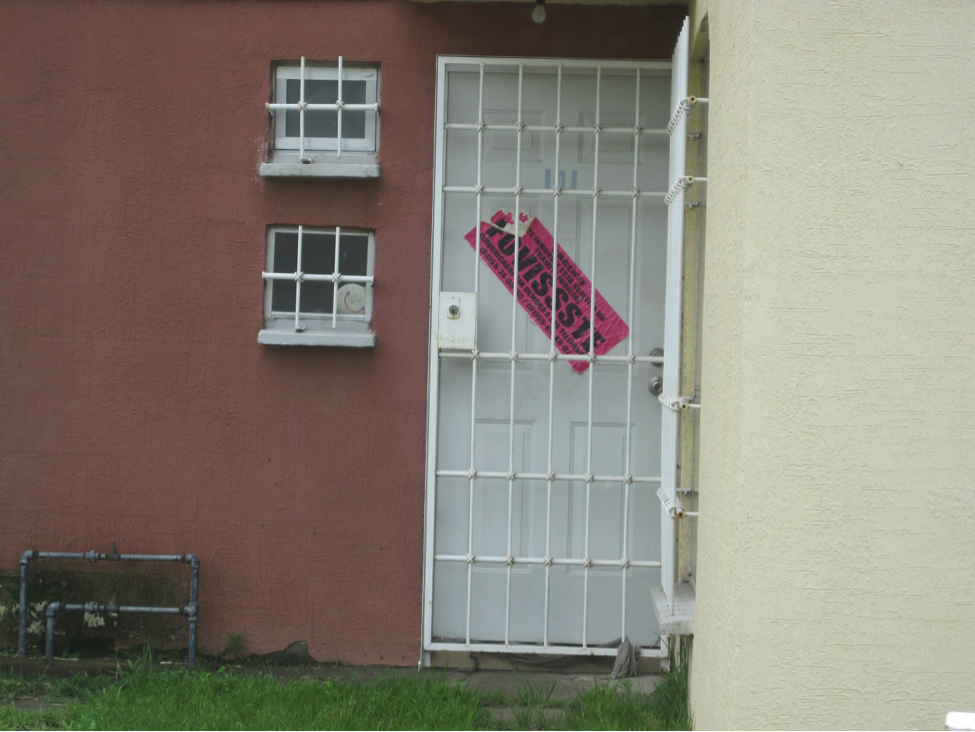 This summer, DSSG fellows Klaus Ackermann, Eduardo Blancas Reyes, Sue He, Thomas Keller, with technical mentor Romana Khan and project manager Paul van der Boor, are helping Infonavit identify the impact of location characteristics on home abandonment. For example, how does distance to resources such as job centers, schools, hospitals and grocery stores, impact abandonment? The team hopes to provide Infonavit with tools that estimate abandonment risk for specific areas and provide policy recommendations for how to make these areas more livable and less prone to abandonment, contributing to Infonavit’s integral strategy to boost quality of life in the housing units they have been financing over the last decades.

Infonavit was founded in 1972, and its main objective today is to increase the quality of life and equity value of Mexican workers by providing housing finance and managing workers’ savings. Employers in the formal sector are required to contribute 5 percent of the worker’s salary to an Infonavit account. The accumulated capital can then be used for a down payment on a home, or put into a retirement account. If a worker meets certain requirements, such as having been with their employer for at least a year, they are guaranteed a home loan from Infonavit, which they can use to buy their home.

Much of the affordable housing options are in large-scale planned developments located outside of city centers which offer the promise of a secure environment and amenities such as schools, community spaces and commercial centers.

Unfortunately, some of these developments don’t live up to their promise. Media reports have drawn attention to failures such as location in flood-risk zones, non-existent water supply, substandard construction, and poor access to services. Many other developments were constructed in remote locations with limited and expensive transportation to urban employment centers.

Under these difficult circumstances, some workers choose to abandon their homes. In addition to the financial consequences for the homeowner and Infonavit, home abandonment imposes significant issues in the local area. These homes are likely to be vandalized, attracting the attention of vagrants, and depreciating the value of neighboring properties.

In the last two years, under the direction of the National Urban and Housing Policy, Infonavit has worked extensively to tackle these issues by both diversifying and improving its housing solutions. For example, it expanded the maximum mortgage amount so workers have access to a better located house, extended its urban regeneration programs and pioneered insurance coverage to protect workers against construction defects in their properties. Moreover, it is extensively looking for other ways to solve the problem and add more value for Mexican workers and their families.

The DSSG collaboration with Infonavit seeks to identify how home location impacts the decision to abandon, while controlling for personal and loan characteristics. Infonavit provided anonymized data on borrowers and their loans, which the team supplemented with census data from Mexico’s Instituto Nacional de Estadística y Geografía (INEGI) on businesses, crime, transportation, access to schools and jobs, and other factors at the neighborhood and municipality level. They will then construct models to look for the most important features in the data for predicting home abandonment.

Identifying these factors can help Infonavit in several ways. Quantifying the risk of abandonment for different locations, down to the neighborhood level, will help Infonavit better advise homeowners where to purchase homes and construction companies where to build new residences and plan urban regeneration initiatives. These factors may also provide policy recommendations that Infonavit can bring to lawmakers, suggesting federal, state and municipal programs that can effectively improve areas currently at high risk of home abandonment. As a result, more Mexican workers will have access to secure housing and fulfilling home ownership.