A Hackathon For (But Mostly Against) ‘Evil’

It’s been a busy summer, with all of us working hard on complex and socially meaningful projects. So on a bright and sunny Saturday morning, twenty fellows got together to take a short break and work together on some less serious projects, in an event called The Data Science for Social “Evil” Mob Madness Hackathon, co-organized by fellows Sabina Tomkins and Sarah Tan.

Some of us had never participated in hackathons before and were curious to see how much could be achieved in ten hours. Others had limited experience building web apps and were excited to learn about web technologies. And while the evilness of our activities was somewhat overstated, all of us were intrigued by the prospect of spending a day away from our summer projects, building and hacking for pure fun.

To encourage new collaborations, the hackathon had one rule: fellows must work with someone not on their DSSG project teams. In truly evil fashion, this rule was swiftly broken by two fellows. Despite this minor transgression, ten hours of work, interspersed with ping pong intermissions and workshops on topics from deploying web apps from scratch to spatial databases, went by quickly.

As befitting our theme of “Do ‘Evil,’ Think Weird, Invent Ugly (but nothing illegal)”, teams had to explain why the apps they built were evil, weird, or ugly-beautiful, a term we coined to denote the curious and highly subjective area between ugly and beautiful. Some apps, such as Is The Weather Weird? tied in perfectly with the theme. 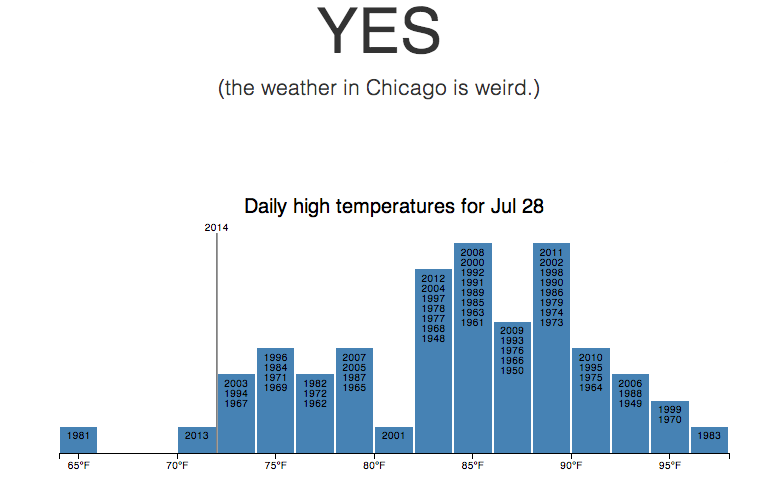 Other apps required some shoehorning. Using data from Chicago Public Schools, one team built an interactive map that tracks students’ school choices — not particularly “evil,” unless you ask a Chicago kid dreading the first day of school this time of year. Similarly, a map of where people traveling to Chicago come from was deemed evil enough due to the sometimes annoying behaviors of tourists.

Others developed a tool that attempts to thwart data evil, by evaluating the risk of identifying people from ‘anonymized’ public data sets. “Even though there are benefits to research and transparency, we need to protect individual privacy when we’re sharing data,” said fellow Jeff Lockhart, who tested the tool on the Centers for Disease Control and Prevention’s public National Health Interview Survey.

One team developed an open source web app that aids in evaluating the effectiveness of energy efficiency retrofit programs, which can be difficult in areas where temperature changes affect energy use. “Users can upload historical energy use data and receive an estimate of their daily weather-normalized energy savings from retrofitting,” said fellow Dylan Fitzpatrick. Not particularly evil, unless you are a company that currently provides these services for a hefty fee.

Less obviously related to the pursuit or abatement of evil, other apps developed at during the hackathon included a tool that removes the pain of extracting large volumes of data from the Census, a fitness mobile app that provides physical activity recommendations, statistical analysis of the economy of GLITCH, a massively multiplayer online game, and an iOS app to prioritize tasks in terms of importance and urgency. 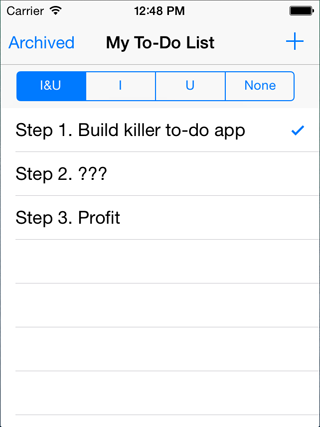 At the end of the day, in appropriately evil fashion, prizes were given out via “white elephant,” where participants could choose an unclaimed prize or steal another person’s prize. As such, the lucky winners of gift certificates and concert tickets could not revel in their good fortune for long before having them snatched away, and one fellow, Ben Green, ended up with his own prize: a date with Ben Green. However, the surfeit of prizes allowed every participant to walk away with more than one prize. 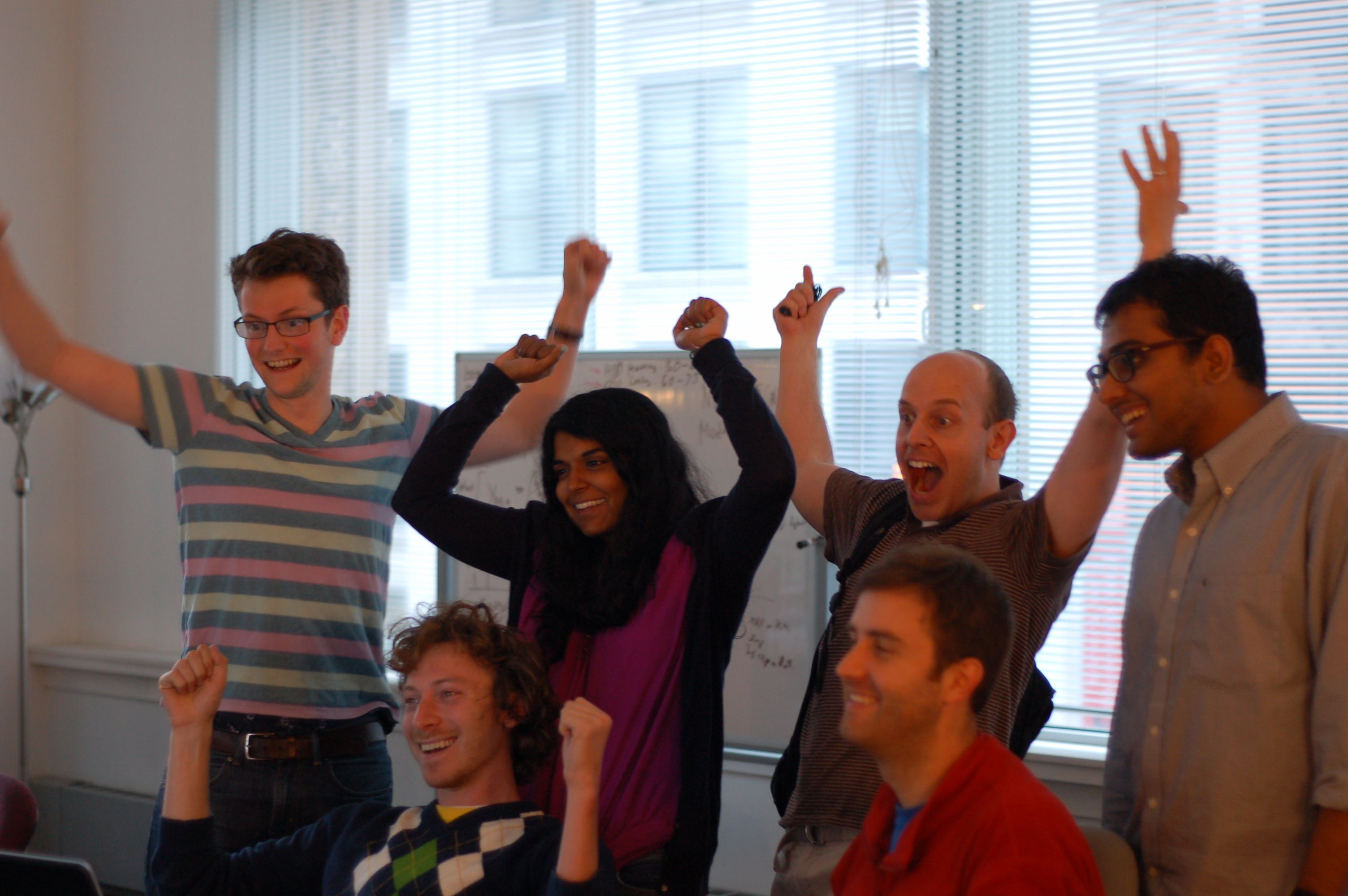 In organizing this hackathon, we found advice from people such as Code for America’s Chicago Brigade Leader to be useful. But we also realized how a relatively unstructured day with the essential elements – a theme, enthusiastic people, food, and workshops – is all that is needed for a successful hackathon. Cross-team collaboration? Mission accomplished.