The core goal of the Data Science for Social Good fellowship is to connect technically skilled people to social problems. For Nathan Leiby, this is already familiar territory. Leiby is a computer science graduate from Harvard University and has spent the past few years working at the intersection of health and technology. He’s traveled from Massachusetts to Botswana, India and Haiti in pursuit of opportunities to apply computer science to global issues.

Leiby says his experience in college was an exploratory process. “I didn’t have a clear view that I’d go into CS,” he said. He started by taking courses in music theory, biology and Swahili, but above all, he knew he wanted to travel. This wanderlust combined with an emergent interest in medicine inspired him to study viral evolution at a research laboratory in Botswana. As a student in the Botswana-Harvard Partnership, an AIDS research organization, he helped doctors categorize HIV cases and study viral genome characteristics after infection.

“As much as I admired the work they did, I didn’t think being a doctor was the right thing for me,” Leiby said. He returned to the Harvard campus and soon found another inspiration.

“I wanted to go back to quantitative things,” Leiby explained, which lead him to take a computer science course with Professor David Malan. Malan gained popularity in 2012 from offering “CS50: Introduction to Computer Science I” as a massive open online course (MOOC) on edX, attracting over 100,000 people to sign up. Leiby explains that it was Malan’s unique teaching style and mentorship that jump started his interest in computer science. “I was one of the people lucky enough to be inspired by that,” Leiby said.

Leiby was still interested in public health. “Mobile is synonymous with global health and the developing world,” he said, “so I knew I should probably understand these trends better.” This motivated him to accept a position on Microsoft’s Windows Phone team after graduating with his Bachelor’s degree. As a Software Developer in Test, Leiby became an expert on the phone’s performance, memory, battery and reliability issues.

Working at Microsoft helped Leiby learn new programming languages and tools, but left him wanting to apply himself further. So he started working pro-bono on several open-source software projects.

One of his first projects was working with Raxa, an India-based health IT company that provides a free, open source software to rural hospitals in India that can’t afford commercial solutions. The organization believes that freely offering electronic medical records (EMR) to patients and care providers in remote as well as urban areas in India can significantly improve the quality of care. They aim to maximize EMR usage in India by making their product available across many platforms, especially mobile phones and devices.

“I thought it would start as a side project,” Leiby said, “and I was coding on the bus ride to Microsoft every morning. It wasn’t difficult work, but I was satisfied by feeling like it was applied to something I care about.”

Leiby explained that there is often a blind tendency for society to rely on mobile technology to address issues in remote communities. “Everyone wants to put a cell phone in someone’s hand and think that’ll solve the problem. But we wanted to think about it more systematically in order to reach a rural population.” For example, how do you provide a health record for an illiterate person? Leiby described new voice recognition and graphical features of the software that could help Raxa reach disadvantaged populations.

It didn’t take long for Leiby to consider making the leap to work full-time for Raxa. He explained that the project started with a loose organization of contributors, but that it made more logistical sense to gather in a single location to further develop their product. He decided after visiting India for a month to join their full-time team in New Delhi.

Leiby served as the team’s lead software developer, helping hire employees and supporting the organization as it applied for and won a $15,000 grant from Google Summer of Code. After about six months, he decided it was time for another change.

Leiby then moved to Haiti to work on a project for the Caris Foundation, a nonprofit organization that provides medical relief to needy communities in the Americas, Africa and Asia. In Haiti, one of their missions is to prevent mother-to-child HIV transmission. However, the organization identified that there were communication gaps preventing the parties involved in health care delivery from making this a reality. Although transmission of the disease can be mitigated with drugs, the children’s test results held by Haiti’s national labs were inaccessible to doctors because they weren’t easily available online.

Leiby worked with Caris to develop health software that became the glue between the care, the clinics, the mothers and the national testing labs by providing digitization and online record keeping services for HIV test results and other aspects of pediatric care. This way, care providers knew to whom and when to administer antiretroviral drugs in order to reduce the likelihood of mother-to-child HIV transmission; a low-hanging fruit that has been seen to reduce prevalence from as high as 45% to under 5%, according to the 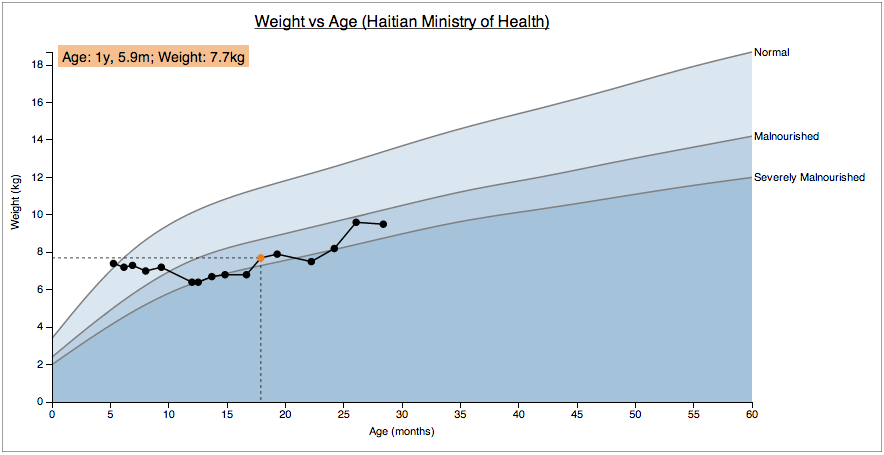 Leiby was still in the Caribbean when he heard about the DSSG fellowship. He was attracted to the diversity of the problems and saw the program as an opportunity to apply his software development skills to social issues and to branch out into other domains.

“While I’ve done a lot of health-related stuff, I’m pretty young in my career and I’m not quite ready to be pigeon-holed,” Leiby said. He’s one of three fellows focusing their summer efforts on the Ushahidi project. Their goal is to develop a machine learning tool that can help responders quickly evaluate information during crises like natural disasters by automating the handling of requests for help made over SMS and social media.

“I have a sense of confidence that we can accomplish our goals, but I haven’t solved something like this before,” he said. One of Leiby’s main concerns is how the team will know whether the software will work as well as intended. Ideally, it could eliminate the manual step performed by a human worker to categorize a request for help, but how much of an impact would this saved time have on the course of events? Could it really save someone’s life? These are key questions the team will investigate with Ushahidi as the fellowship progresses.

While Leiby has been hard at work coding for the Ushahidi project and mentoring other fellows in the use of programming tools like Python and Django, he’d also like to broaden his horizons.

“I was interested in two things coming in: predictive analytics and statistics,” Leiby said. Although he was aware of these topics from past experiences with his work and open source projects, he had always wished for an opportunity to learn more about them and apply them to a real problem. While working at Raxa and considering how to design systems that could analyze what conditions a patient was at risk for, he said, “the statistics and machine learning problems seemed inaccessible to me.”

The fellowship has delivered on his wish in short order through a deluge of guest speakers and peer instruction. “It’s really neat to see someone outline ten things I’ve never done but could be useful,” Leiby said.

Leiby plans to use his experiences in the fellowship to help him decide whether he’d like to continue a career in data science in the public sector. “At some level, a lot of people are interested in these problems, but I want to know, who’s doing it well and making an impact? I want to get involved with them.”

For anyone facing their own career decisions, Leiby has some advice to offer. “I value experiences a lot,” he said, “so don’t hesitate to change what you’re doing if you think an opportunity is really awesome. Something that doesn’t pan out isn’t really a failure, it’s an exploration.”